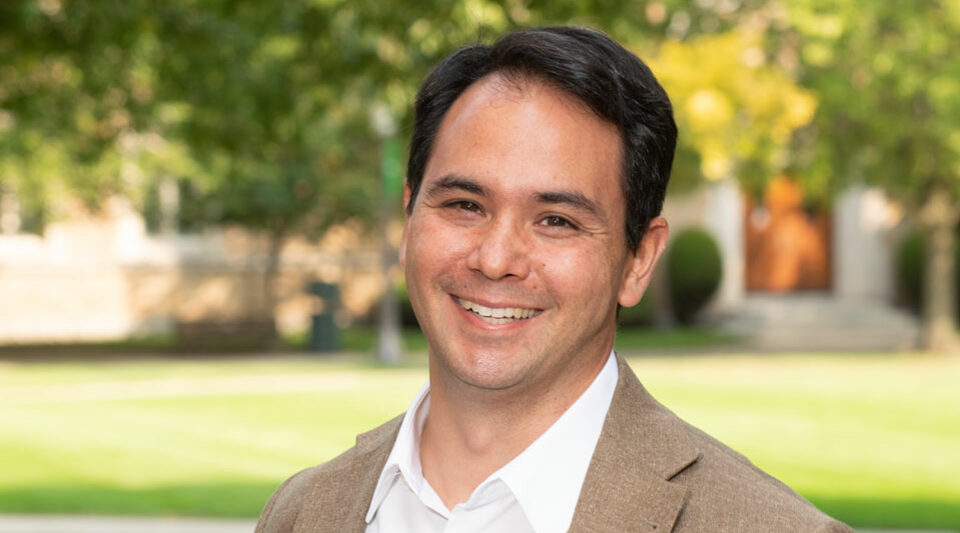 In this newly created position, Go will take a leadership role in the University’s strategic framework process for the academic core, working closely with John McGreevy, the Charles and Jill Fischer Provost, and serving as a member of the President’s Leadership Council and the Provost’s Advisory Committee. Go will also remain an active researcher following his appointment, dividing his time between the Office of the Provost and his research laboratory.

“David is one of our most accomplished scholar-teachers, with an extraordinary record of publication and continuous funding from multiple federal agencies and private industry since joining our faculty in 2008,” said McGreevy. “In addition, he is a skilled administrator who is deeply committed to strengthening our programs, preparing future generations of scholars and increasing representation in engineering and science.”

A prolific researcher and innovator, Go holds several patents and patent applications that have resulted in two licensed technologies. His research — which focuses on plasma science, heat transfer and fluid dynamics — has been supported by nearly every major federal agency, including the National Science Foundation, the National Institutes of Health and NASA. He is widely published in the areas of plasma science and engineering, heat transfer and fluid dynamics, and chemical analysis, and a second edition of his introductory textbook, “Ionization and Ion Transport: A primer for the study of non-equilibrium, low-temperature gas discharges and plasmas,” is scheduled to be released next year.

Go has trained and helped place more than a dozen doctoral students and worked with undergraduates on many research projects. His mentorship has extended beyond Notre Dame to include visiting professors, high school researchers and undergraduates at Morehouse College, Saint Mary’s College, the University of Texas at El Paso and Xavier University of Louisiana.

Go received his bachelor’s degree in mechanical engineering from the University of Notre Dame in 2001. He then worked as an engineer at General Electric Aircraft Engines before earning a master’s degree in aerospace engineering from the University of Cincinnati in 2004 and a doctoral degree in mechanical engineering from Purdue University in 2008. He is an active member of several professional associations advancing engineering and science knowledge — serving as an American Society of Mechanical Engineers fellow, a senior member of the Institute of Electrical and Electronics Engineers and immediate past president of the Electrostatics Society of America. He is also a fellow of the Atlantic Coast Conference Academic Leaders Network and a member of the Indiana State Museum and Historic Sites board of directors.

At Notre Dame, Go is a faculty affiliate with iNDustry Labs, a member of the IDEA Center Faculty Advisory Board and a mentor in the Building Bridges program of Multicultural Student Programs and Services.